Ready to get near the top of your class? Click Here 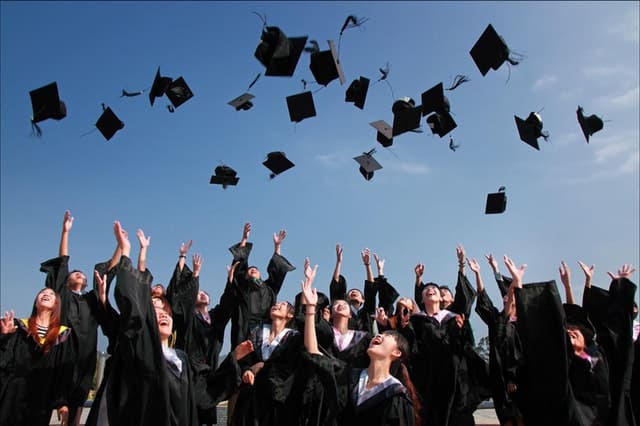 Procrastinating is the smart thing to do if your strategy doesn’t work well.

Most students think they’re procrastinators. I would disagree with that characterization. I’d argue that most students are logical enough to hate wasting their time.

When you’re studying with a bad strategy, you’re wasting your time.

The highest scoring students are rarely the students that spend the most time studying. Sure… there is the occasional top of the class student that throws their life away studying endlessly about things they don’t care about but they’re the exception, not the rule.

You don’t need to be particularly intelligent to get good grades.

(If you think you lack intelligence then it could be a sign you’re actually more intelligent than you think. Fools rarely question their own intelligence.) 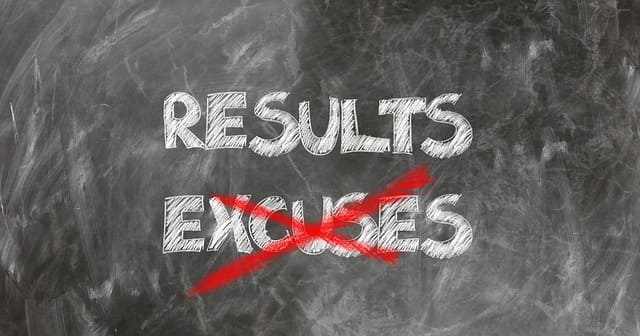 Systematic Academics is just a systematic approach to academics.

The standard approach students use is based heavily on emotions.

The huge problem that develops from the emotional approach to academics is the unpredictability.

When you’re changing your strategies based on your emotions, you can’t expect to use anything consistently enough to make reasonable judgments about those strategies.

Not feeling like studying, isn’t necessarily a good reason to skip studying because you can get caught up using it regularly.

Studying the night before the test is dramatically less effective because your stress hormones are going to be off the charts. (Those hormones are just going to get worse if you spend hours “studying” while worrying about your score.)

Getting a bad score, doesn’t necessarily mean you need to change your strategy. Maybe you had a bad day.

When life is going wrong, you’re going to end up hurting your grades.

Using the emotional approach to academics, you’re basing your final grade on thousands of emotional factors that you’re going to struggle to manage.

The best part of this approach is the fact that it takes out almost every hard decision you need to make during emotional moments.

By having a plan, you don’t need to make good decisions. 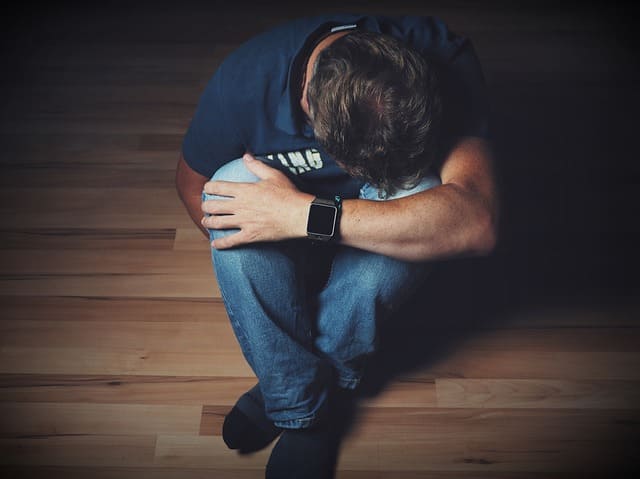 When you get a disappointing score, you’re going to want to change your approach so it never happens again.

The usual student will take that disappointing score as a sign they need to work “harder” or study more. After two or three disappointments they’re burning themselves out with all their work.

When they finally fail to keep up, their grades drop even more.

Then they just blame themselves for the same reasons never realizing this approach made burn out inevitable.

The systematic approach advocates are waiting for more than just a single emotional reaction to changing something. Those criteria might be:

If all these criteria are met then changing your strategy might make sense.

The important thing is that you hardly even have to think about it to decide.

It’s as simple as a checklist.

If the checklist criteria are met then you change what you do. If not then you don’t. 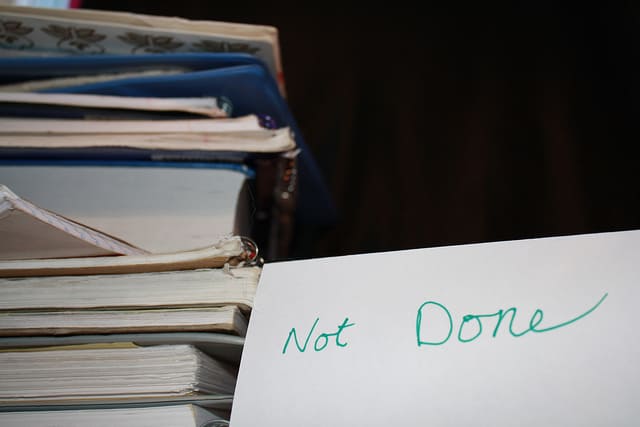 I used to have a major problem with it. These days I do what I plan to do almost without even thinking about it beforehand.

This particular topic is complicated. For the full explanation you might want to read:

The Ultimate Guide To Crushing Procrastination

This is one of the most important things about a systematic approach to academics and using that to eliminate procrastination.

You don’t need to be disciplined to study when studying is a habit. Your body will just do it.

The only tough part is setting up that habit to begin with. Once you do that, you’ll find it easier to keep that habit than to change it.

There are three parts you need to think about for any good habit.

This is what makes you start studying.

Make sure to use something that’s impossible to avoid. If you eat dinner at the same time every night, study immediately after it every day. That means you’ll always have the cue.

Don’t just set a time of day. If you say you’ll study at 6pm each evening and if you’re distracted by something else at 5:59pm, you might never get the cue to start. If you end up starting at 6:05pm then you might still study but it’s not automatic. That takes discipline.

Pick an impossible to miss cue. (Waking up is a better time than most students appreciate. After school is ideal.)

The routine is what you do.

No… that doesn’t just mean pull out whatever aspect of school you want to do. It needs to be as routine as possible.

Make your routine the same every time.

If you always start with your homework in English class then keep that up.

If you always start with reading assignments then do that.

What do you normally do first? That’s what you should be doing first (whenever possible.)

This is what reinforces your habit.

You do this after you complete the routine.

This can be an obvious reward like a candy bar or a bowl of ice cream but it doesn’t have to be.

After you finish your routine, you can just pause and think about how awesome you are for a minute. Pump your fist and get excited that you got what you needed to get done.

What Happens When This System Malfunctions… 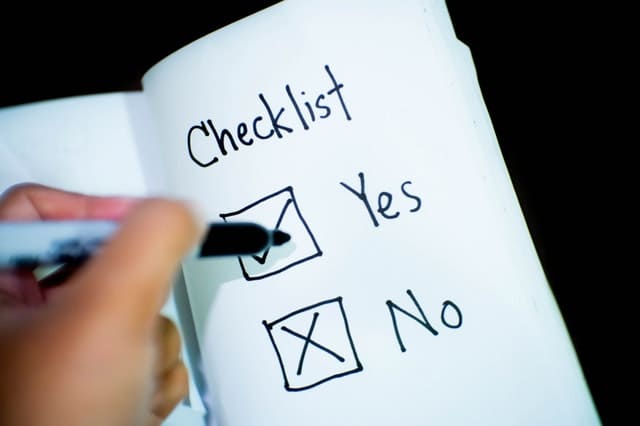 This is the key point you need to realize…

The system isn’t meant to work perfectly for everything.

The system exists so you can tinker with it until it does work.

When you do the same things, you can watch your results and know the actions you need to take to get similar results.

If you want different results then you just do something different.

You don’t need to worry about how you feel any particular day. You can just trust the results because you know what created those results.

When you get good grades with the emotional approach, you never know what caused those good grades.

When you systematically get those good grades, you know how you got them and you can keep it up for as long as you want to. (Burnout becomes a problem of the past.)

How To Use Systematic Academics To Win At School (And Life)

D’s eyes were watering at the score on the screen.

He was thinking, “Is this what I am now?”

The score was low. Lower than he liked to think about – and way lower than he used to get.

He was just hoping that his mother wouldn’t ask. He always hated telling her and it killed him worse to lie about it. It’s his mother… she wants what’s best for him and he knew he was screwing it up.

Staring at the score it hit him…

So… he studied. He studied for hours that night. He studied until his eyes were closing involuntarily.

The next day… he studied for hours.

And the day after that… he did it again.

But the day after that – his best friend was going through a bit of a crisis. So… he took the day off studying. I mean, no one needs to study hundreds of hours for a test, and he was doing well so far.

But the next day… he was exhausted. And, you know, exhausted studying doesn’t work. So he missed that day to.

The day after, he squeezed in some studying.

And… I think you know how this story goes…

The night before the test, he’s staring down at his study guide and cursing to himself.

That night he buckled down and studied almost all night. (Until he virtually crashed at 3 am.) Every time he started dozing off earlier he’d get a snack or drink and keep on plugging. He worked. And he worked hard.

The test was the next afternoon.

I can’t say that.

But when he was staring down at his score… he was tearing up again. And he still was hoping that his mother wouldn’t ask him about it…

It’s not a number on a piece of paper.

I know… it can help reduce your stress to think that way, and there is a place for that.

But your future, your position in the world, is partially decided by these numbers on these papers. We all know it.

We all want to put ourselves in the best position possible – and these scores can do that for us.

And D knew it.

If you know it then join us.

D is kicking butt it this semester – more importantly, he’s doing it without procrastination rearing its ugly head.

If you’re ready to take your academic game to the next level – if you want to see it for yourself.