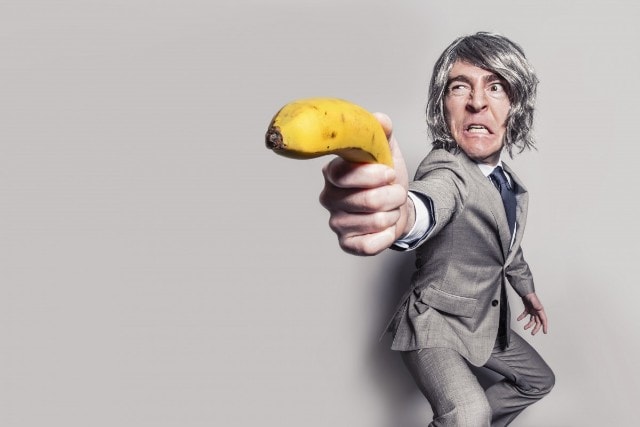 If you’ve never seen the felicitous conflagration that imbues the visage of your companions then you ought to.

Yea… don’t worry. That barely means anything. The words are real but who gives a toot. They might as well be meaningless.

Have you ever made up a completely meaningless word while talking to someone?

I don’t mean a fake word with an obvious meaning like, “it tastes kind of… chickenish.”

I mean a complete audiolographer.

A “word” that literally has no meaning at all.

It’s kind of funny what will happen for most people.

You might think people would stop you and ask, “Hold on. What does audiolographer mean?”

You might get a spark of curiosity on your face but usually it’s not even that.

Based on the context of the sentence, most people assume they know what you’re talking about even if they don’t actually recognize the word.

If the word sounds real enough then absolutely no one will stop to tell you that you’re full of crap.

People will just take the fact that you’re using it in a sentence and assume that you’re using a word because it’s just silly to think you’d make up words. Worst case, they might assume you’ve been studying for the SATs and want to sound impressive.

What does this have to do with anything?

This kind of has to do with everything when it comes to learning.

If I asked you what the word audiolographer means in the context of this article, you could probably tell me despite it being completely meaningless.

If you’re getting real clever you might notice the “audio” prefix and “graph” part of the words could mean sound and writing.

In fact, if you’re a complete buffoon like me then you might come to realize audiolographer is a made up word that “sounds” right (“write!”). (Oh boy… I try to be too much clever for my own good. It just makes me look ridiculous.)

You can add meaning to the meaningless with context.

This is what learning is.

You take the context of a situation and try to create links with new information based on it.

You can do that with anything.

When you’re taking a test, you can read the questions and derive meaning from it. You may even be able to answer the question without knowing the answer but simply by understanding the constraints of the question.

The answer will probably make sense in the context of everything you know.

If it does then you’re probably on track.

Made Up Words Make You Feel Smart

Tagged on: language    learning    words
We use cookies to ensure that we give you the best experience on our website. If you continue to use this site we will assume that you are happy with it.OkPrivacy policy