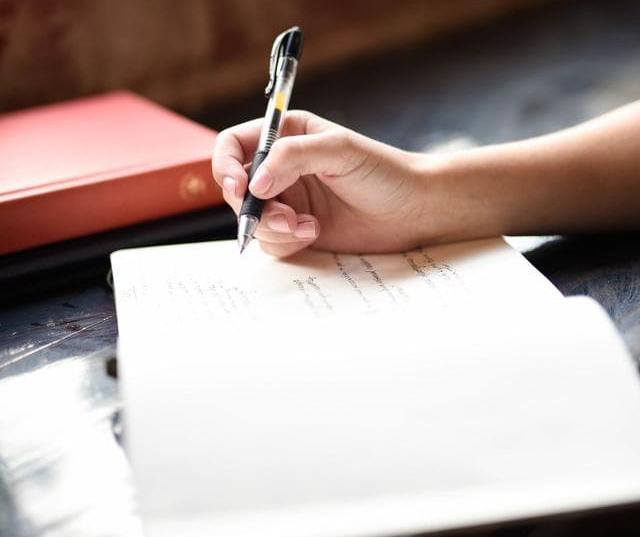 English Language Arts is a subject that I love to make fun of.

Ohhh… aren’t you fancy with your mood and imagery. Maybe we could discuss it in our fancy poetry circles while we drink fancy teas. It would be quite the shame if I were to fart in your face. (Gross… I know… but I’m making a point so it’s allowed.)

There is a depth to written communication beyond the words written. Stuff works the same way when you’re talking to someone.

A cute girl or guy walks by. You smile at them. They smile back and walk by you.

I then say to you, “Smooooooth”

A cute girl or guy walks by. You smile at them. Your textbooks drop out of your hand and they smash your foot. You hop around like a doofus. The cutie laughs as they walk by.

I then say to you, “Smooooooooth”

I’m obviously making fun of your terrible skills at wooing.

It’s the same word but this time I’m being sarcastic. It’s pretty much the exact opposite meaning. Instead of complimenting you, I’m making fun of you.

This is the awesome depths of communication.

There is more than just words in communication.

Sure… words have set definite meanings but they can be used in complementary, deceiving, and amusing ways that change the real meaning.

In written communication, this can be super confusing.

This Should Confuse You! 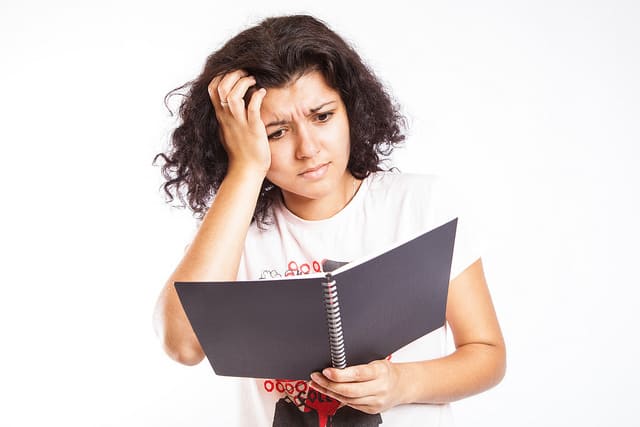 Whenever someone says something is building the mood, they’re seemingly pulling nothing out of nowhere because it’s completely up for debate.

If you’re reading the simple phrase “it’s a dark and stormy night” then you might be getting the classic horror mood.

But at the same time, the storm is also a plausible explanation for the power going out. That makes it less about the mood and more about making it a story.

There is an old Freud story where the old Psychologist Sigmund Freud was giving a lecture to a room of experts while he was smoking a cigar.

A guy in the audience indignantly stood up and said something like “Here you are, an expert on oral fixations and the sexual implications of them, smoking a disgusting cigar during your speech. What does that oral fixation say about you?”

And Freud was all like… “sometimes a cigar is just a cigar.”

This stuff is super confusing. Don’t worry if you feel like you’re pulling it out of your portable chair cushion. Almost everyone is. It takes serious analysis to get anywhere with this stuff.

How To Learn These Concepts Faster 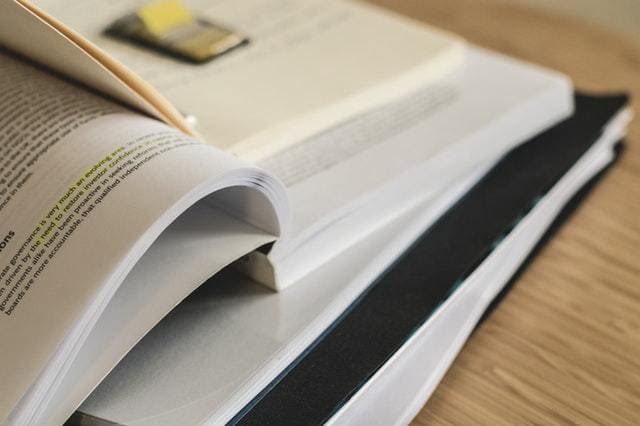 The worst of these struggles tend to come from writers trying to add emphasis on the points they’re making.

Jamie could feel the warm relief of the sun cleansing her skin from the tension of the day. She closed her eyes and let her face bask in that glorious moment because she knew it wouldn’t last. She lifted her arms perpendicular to the ground letting the sun bathe her arms in light.

There are a million things you can take from that little paragraph.

I’m going to try not to make you want to gag but please bear through it.

There are all kinds of plot points:

The imagery is her standing and enjoying the sun. Doesn’t doing that feel super good? That’s a really good image in the moment. To emphasize it you’ll notice the words “cleansing”, “glorious”, and “warm.” All happy crap until that final, “it wouldn’t last.”

There is more you can get from that but I’m making a point. Did you get all that stuff I said about the paragraph?

That means you’re going to learn a crap ton from this article. If you get the points then the rest of this article might just help you think about this junk in a more fun way.

The Most Obvious Way To Recognize ELA… 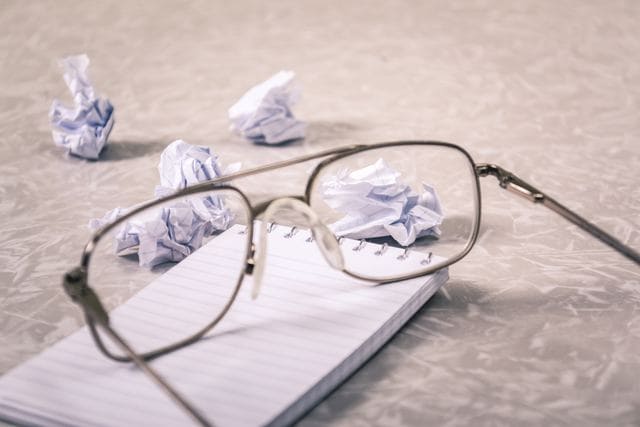 is to see it go wrong.

Let’s see the previous paragraph one more time with one additional sentence:

Jamie could feel the warm relief of the sun cleansing her skin from the tension of the day. She closed her eyes and let her face bask in that glorious moment because she knew it wouldn’t last. She lifted her arms perpendicular to the ground letting the sun bathe her arms in light.

She breathed in the waft of her armpits reminding her of the importance of hygiene.

Did it feel weird when you read that additional sentence? If so… then you know everything you need to know to understand the complicated ELA topics.

The first paragraph created a positive (“GLORIOUS”) image but then the last sentence took a dump on it.

That is using mood to create humor.

It’s funny to think the writer built up one mood and then smashed it into smithereens with a hammer.

Creating an image can be subtle and hard to understand.

Whenever you work on a new ELA concept, you’re going to want to think about destroying a story using it because it’s a whole lot more fun that way and it’s a lot easier to recognize.

Let me show you what I mean… 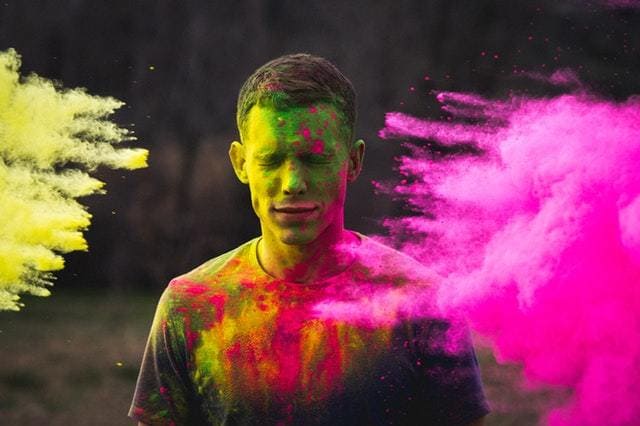 Imagery is a literary concept about using the reader’s senses to make a vivid point.

I could tell you:

Joe ran in the direction of Bob.

Is Joe going to give Bob a big hug and kiss because he missed Bob so much?

Or I could tell you:

“Charging” someone is a much more vivid description of the situation. And “bulls” aren’t known for running up to folks and giving them a big hug.

Oh Romeo! Oh Romeo! If you’d only grown to 25 and learned to use Tinder…

As daylight doth a lamp; her eyes in heaven Would through the airy region stream so bright That birds would sing and think it were not night.– See how she leans her cheek upon her hand!

He’s pretty much saying Juliet’s eyes are so bright that if they were in the sky then birds would think it’s day.

What are the images:

What would completely MURDER this image in a terrible horrible miserable way!?!?

Try this one on for size:

As daylight doth a lamp; her eyes in heaven Would through the airy region stream so bright The man brave enough to lift his face to the heavens Would but scream in horror and the blinding light Seared his retinas upon the anterior of his brain.– See how she leans her cheek upon her hand!

Whoaaa… Don’t look at those eyes or you’ll be painfully blinded like it’s the damn sun.

Oh… and look how the boys are all burning their retinas and she’s just resting casually with her cheek on her hands. That’s cold… No remorse. No concern.

Notice how the image of romance is now completely dead?

As daylight doth a lamp; her eyes in heaven Would through the airy region stream so bright That birds would sing and think it were not night.– See how she leans her cheek upon her hand! But her mooning caboose from the balcony reminds man it’s night.

Notice how easy it is to kind of kill the imagery and mood?

That is exactly what writers are trying to avoid when they focus on ELA concepts. 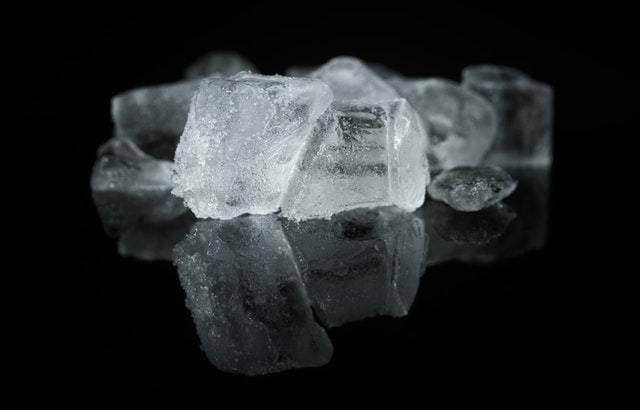 There is an old philosophical concept that’s something like:

It’s easier to imagine how an ice cube will melt than imagining what a puddle of water looked like when it used to be an ice cube.

When you’re reading a classic work of literature, you’re looking at a puddle on the ground and trying to figure out what it looked like when it was ice.

When usually done, this is Voodo scientific mumbo-jumbo that can be made fun of by a freshman. Fortunately for you, this is what most of your classmates will be doing. That means it will be easy for you to compete.

If you say, “they’re aiming for a scary mood” then you should have evidence to make that claim.

That evidence could be:

And one might be able to disprove your evidence by showing that these are actually just literal descriptions and showing evidence of that.

That is solid ELA work.

There may never be a right or wrong answer but there are righter and wronger answers based on the evidence.

We just had to throw out more members from our email list. Sending out these emails are expensive and tossing out the non-participants (lazy bums, don’t tell them I said that,) is our best tool for keeping costs down.

My goal is to help MOTIVATED students improve their grades.

If you’re comfortable with your grades and workload then please don’t sign up – I don’t want to just have to delete your email later.

If you’re looking to:

Then I would love to teach you what I know –

Write your email in the box. Check for a confirmation email. Confirm your email. And see for yourself.