If you’re in any technical classes like math or science then this is important stuff. I’ve gotten some super positive feedback and a few questions related to it.

How To Crush Tech Classes

How often should I practice the problems?

If you have typical goals and are happy with average grades: when you can solve a problem correctly after being shown it on a random flashcard, you know it well enough.

You can take the easy cards out once you’ve proven you know how to do them. If you’re wrong, put it back in the stack and shuffle it in.

Repetition comes from similar problems. It’s not required when you’re combining multiple types of problems in a technical subject. (That’s part of the reason people that love math classes love them.)

If you want test scores that make your friends jealous and make your teachers wonder how you do it. There are two parts.

1. Add unassigned problems of the same type. (If your teacher asks you to do even problems then do the odd ones too. Etc.)

2. Repeat the flashcards until you can confidently get through them with everything right (to the best of your knowledge. Check when possible.) That is – the whole stack – not the one you cut the easy problems from. You can remove easy ones but you’re not 100% perfect until you can get through all the cards shuffled together without making a mistake.

But that will “take forever” – that’s true for some students. It’s less true once you’ve done this for a while. It’s still time consuming but it’s less time than you might think. Think homework time +25%. And test scores up with it.

I say this advice for the students committed to an A+. Go easy if you’re comfortable with imperfection. (I highly recommend imperfection. It’s more practical and fun a goal.)

How can I do this in less time?

You know how your math teacher tells you to never do problems in your head?

But not if you’re just deliberately practicing.

It’s pointless if you’re just practicing. You can obliterate the test into easy little smithereens without it during practice.

If you can get the right answer without showing your work – particularly on big hairy problems that require some serious mental horsepower – then you know what you’re doing. Show only the work you need to keep your head in the right place.

Some math work can literally be done completely in your head. Take advantage of that if you’re just practicing. It will save you serious time.

Correct. This is weird and confusing at first but it’s simple once you get it.

On one side, you have the problem.

On the other side – if you have the answer, you can put it there.

You don’t necessarily need the answer there. Naturally, it’s helpful for checking. You can also put the problem number on the back just so you can keep track.

On your sheet of paper for homework – this strategy can be problematic. You can do the problems out of order (make sure you tell your teacher,) by showing your work then putting a number down next to it AFTER completing the work and checking it. You can also do your work on a scrap sheet and create an actual spot for your answers that you fill out after completing your problems.

The key is shuffling up the topics you’re learning as much as possible. Active recall is about the procedure more than the exact problem and solution.

You know a lot of students think the exact opposite about these courses.

What I’m teaching is a way of ingraining the methodologies behind math into your gut. You can just solve the problems and get by. That’s fine. That’s what most students do.

But those that truly get math have a much easier time.

The goal of these extra steps is to turn you into one of the students that are naturally skilled at math. It’s a bodybuilder equivalent to an intellectual workout. No one has to do it.

By moving your routine into something closer – you can do later work easier.

By doing it thoroughly, you can change the way you think completely. Eventually, once you get to the abilities you want, you can afford to cut out this extra training.

That’s what a lot of the ideas I teach are all about.

I don’t know the right balance. That depends on your goals and expectations. Are you planning to go into an engineering related field – maybe you should get this head start? English major, meh…

That’s kind of the key to every class.

Deliberate practice is painful but powerful. A short period of deliberate practice can produce massive results. Typical approaches take a while, feel okay but do almost nothing. And I’m a pull off the band-aid fast kind of guy because I’d rather do fun stuff than spend all day barely learning anything. 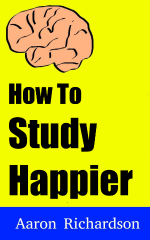