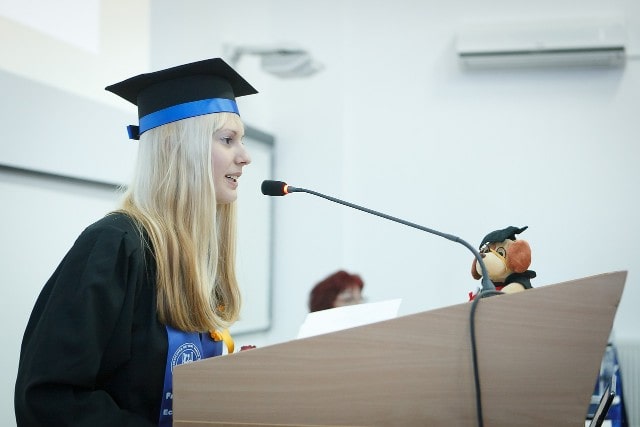 The easiest and hardest college majors aren’t the easiest thing in the world to define.

High schools and colleges all define their GPA in different ways. They also tend to grade different programs differently because one school might be loaded with tough teachers in one program while the next might have teachers letting any idiot skate by.

That’s an important thing to keep in mind while you’re looking at the data I’m going to be presenting.

Part of this comes down to raw data but there is a lot of variability in the data that might throw you for a loop if you’re trying to make decisions based on it.

Another important caveat to this data:

Don’t try to compare these average GPAs to data from 30 years ago. Grade inflation is a phenomenon that suggests GPAs have been increasing recently, not because the students are smarter, but because the teachers are just grading people easier.

This first ranking is making an important assumption…

It’s assuming that harder and easier majors can be determined by GPA. The higher the average student scores in that major, the easier that major is defined as.

But… that doesn’t take into account the workload. An “easy” major might require a ton of work but just have higher average scores based on it.

Also, some majors with low participation but highly motivated students could throw all this data for a loop.

And that’s just the start. So don’t take this data as sacrosanct. Feel free to quibble about the details in the comment section.

This data comes from Cornell University.

What Are The 5 Hardest College Majors By GPA 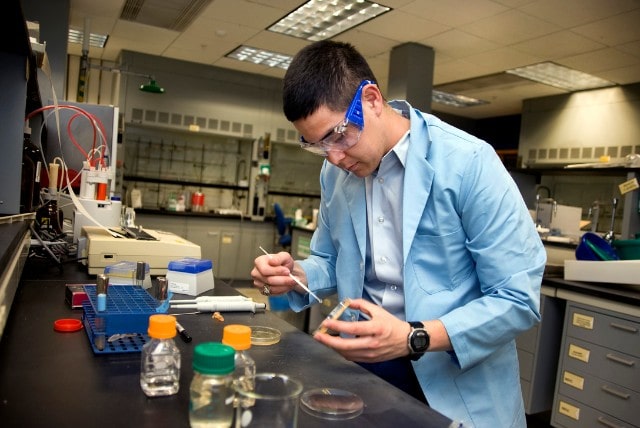 Chemistry is the perfect example of where most students start to struggle in school. It’s a class with lots of memorization. It has lots of math and procedures that need to be followed. It’s a class with big words that us average folk can’t understand.

And that makes it super hard to score high in. 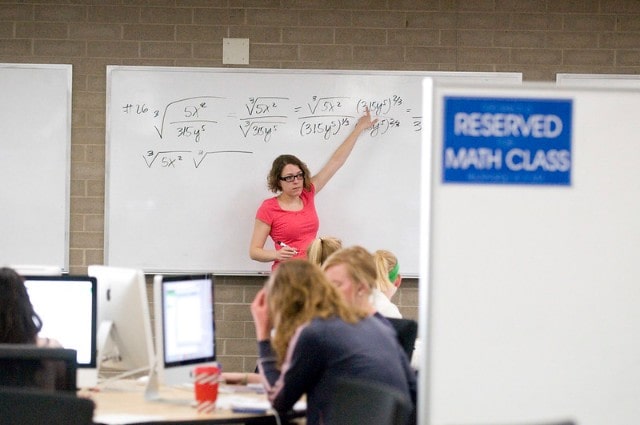 Math is one of those courses that a high IQ can make a serious difference in. (And that’s not something most people like to admit but it’s true. Great competition in this field means it’s a huge challenge to stand out with your GPA.) Sure… you can probably survive this GPA if you’re a fan of the subject but you will lose some points for it. 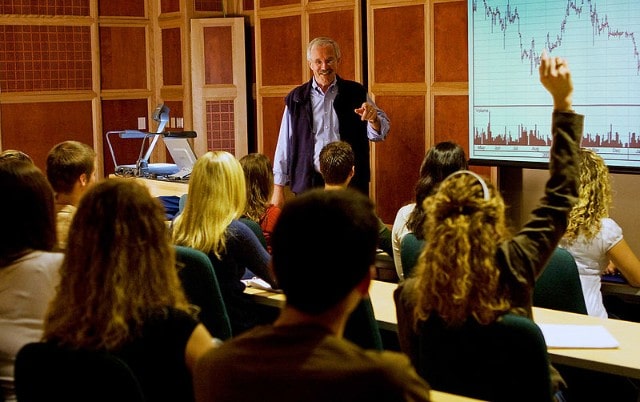 Economics is similar to Chemistry in a lot of ways (but it’s more of a social science instead of a science.) It has big scientific words that have complicated meanings. It has big complicated equations that mean complicated things. No one can blame anyone for struggling.

On that note: there is an old joke I heard about an economics professor. He said, “A lot of people are uneducated about economics. 20 years ago… I used to spend all class dispelling the myths that people thought they knew about economics. These days it’s even worse. Now I spend the first half class teaching them the myths so I can dispel them.” 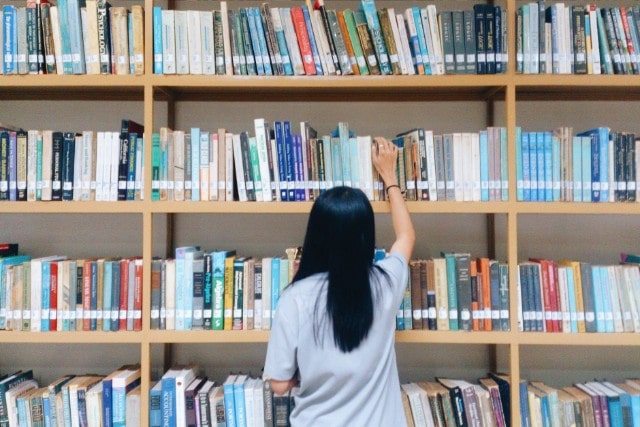 Again… notice how all these lower GPA courses have their own language attached to them. They have complicated terms and concepts. Psychology is the first one that doesn’t have a ton of math but again… it’s science and that comes with it’s own set of challenges. And the field isn’t completely devoid of complicated math. 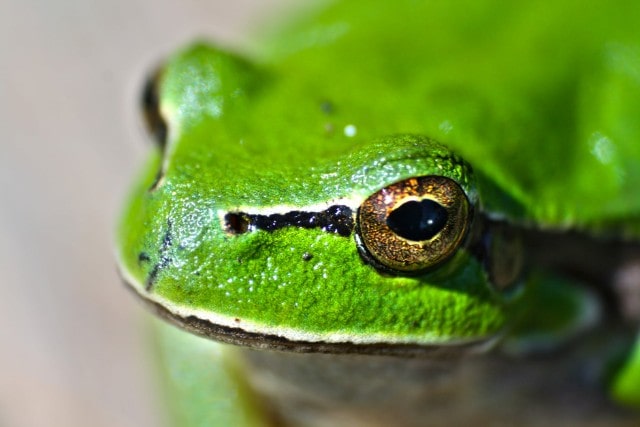 Biology and Psychology are awfully similar in their challenges. Big words, complicated meanings, and the classic science right or wrong answers. That’s going to be the thing you see missing from the “easiest college majors” list.

What Are The 5 Easiest College Majors By GPA 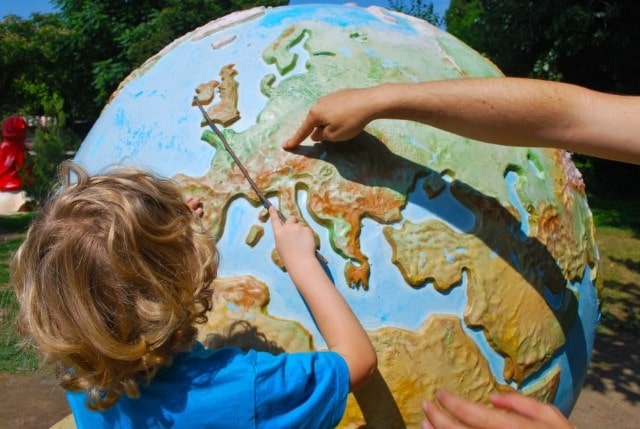 There is an old joke, “those who can’t do… teach.”

It is a joke though. It’s not fair to education majors. I think this is one of those areas the methodology is flawed. Education majors can have big workloads and their own challenges that aren’t reflected in their GPA’s.

But looking straight at the data… you’ll notice a lot of these majors have a few things in common. 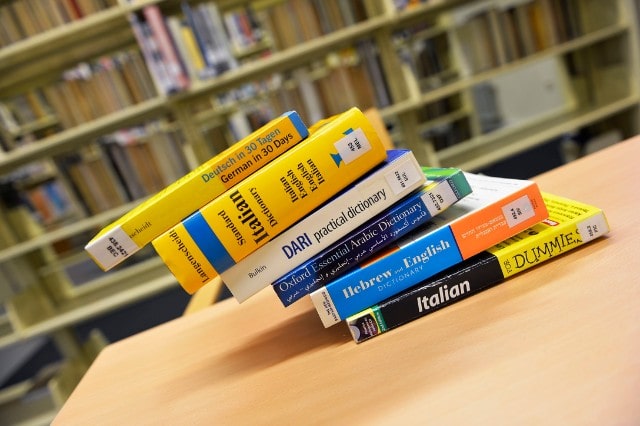 One thing that makes foreign language courses “easier” than math or science is the broad range of correct answers.

Most foreign language teachers emphasize communication more than exact precision. It has some memorization involved but teachers rarely judge a student just because the student avoids the precise word and just says something a different way.

And if the teacher gets the point, the student is usually right. 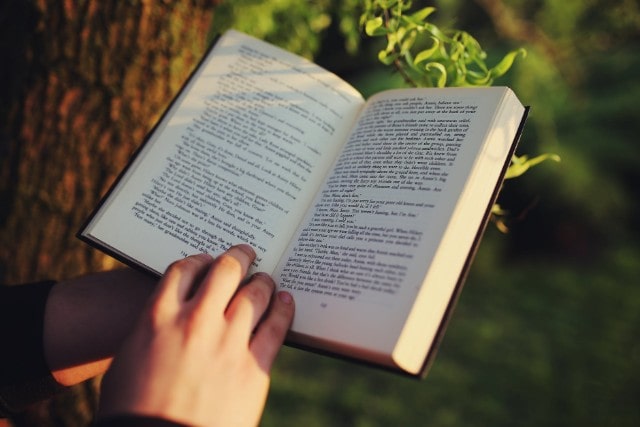 This is the exact same reason as a foreign language course.

Grading is inexact. It’s harder to prove that a student is wrong so the teacher gives the student the benefit of the doubt. The teacher ends up grading the students higher for it. 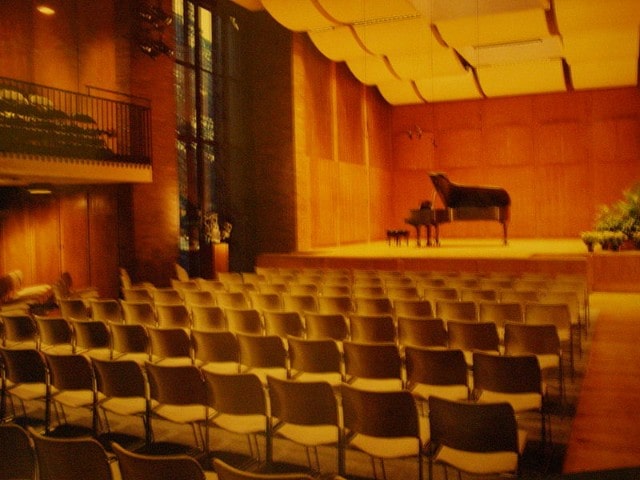 Music is a little harder than these other courses because it involves an actual skill. But… again… music is, to some extent… artsy fartsy/hard to judge. (It’s also a labor of love.)

Like most of these majors, the teachers tend to be more forgiving and less judgmental because they can’t prove the student is wrong on some aspects. (I suspect this field has higher than average interest from the average student too.) 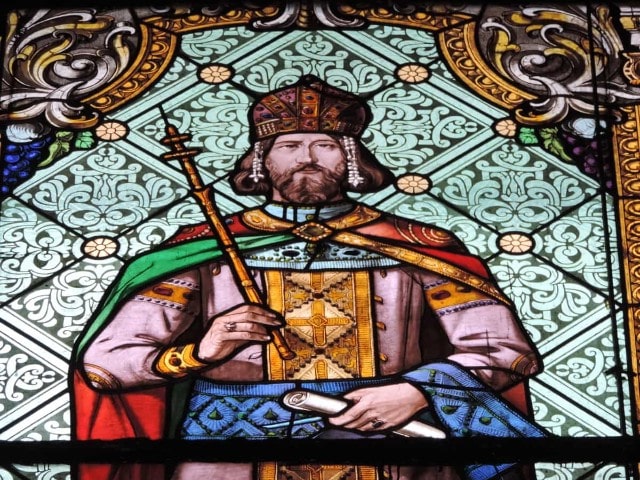 Imprecision. Flowery words. Same as most of these majors. But some of the concepts in this one can be tough. Part of what makes it easier is the ability to hide behind words despite not really knowing the answer.

I wrote this whole article using the GPA standard up to now but I think it’s worth looking at a quick look at the dropout/transfer rate of different majors.

If students are dropping out of a particular major then it’s a sign that it’s probably a more difficult major because the students that initially picked the major (obviously) have an interest in learning it. Most students drop because they don’t think they’ll be able to make it…

Our source for this data is the National Center for Education Statistics with a special thanks to Inside Higher Ed for helping us find it.

The Hardest Majors By Dropout Rates 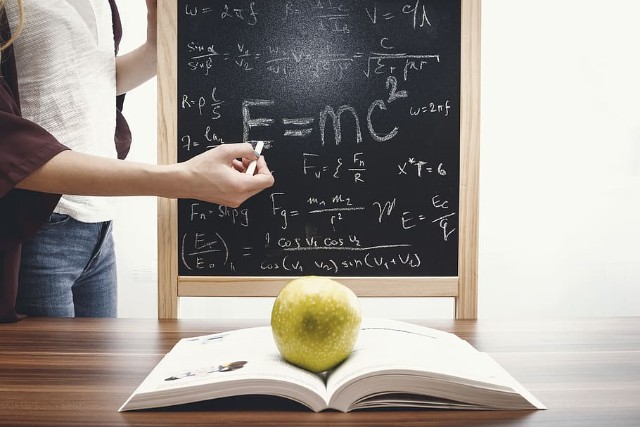 52% of the students that plan to graduate with a math degree end up changing their mind.

That suggests math is probably a pretty hard major. 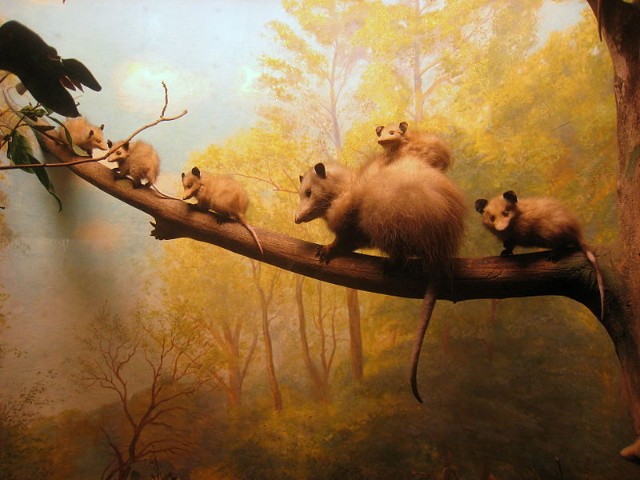 This is the category you’ll find some of those hardest rated majors in the previous list. The data comes from different sources and methodologies so this is a bit tangled. 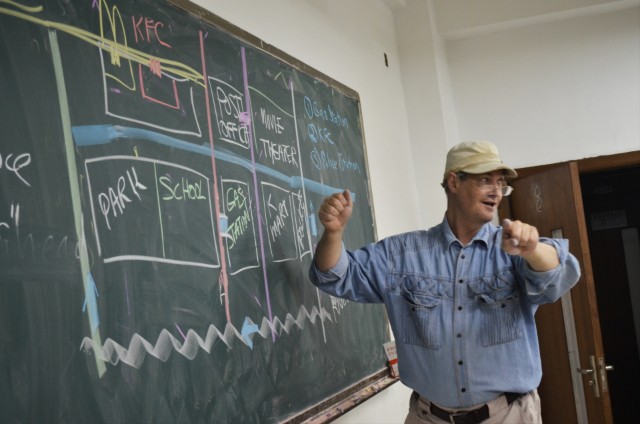 This is a big and important difference between the two lists. If education is such an easy major on the other list then why are students dropping out from it? I suspect that’s the workload problem I discussed earlier. It has busy work that’s graded easily. So… it’s easy to do the work “well” but it’s time consuming and miserable. 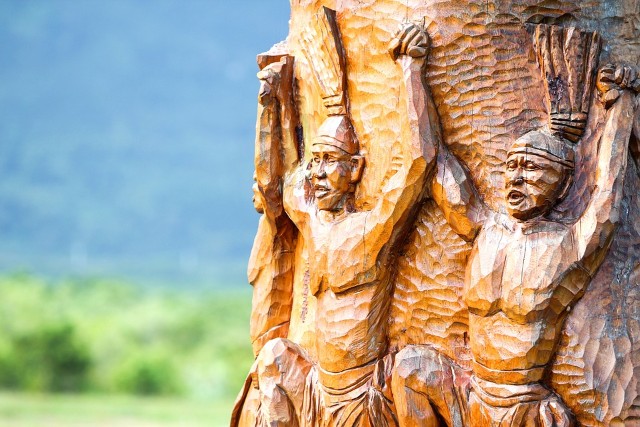 Why is dropping out so common in the humanities? Tougher than it sounds? Maybe. Is Economics listed under humanities? Is this more proof that neither methodology is perfect? Probably. 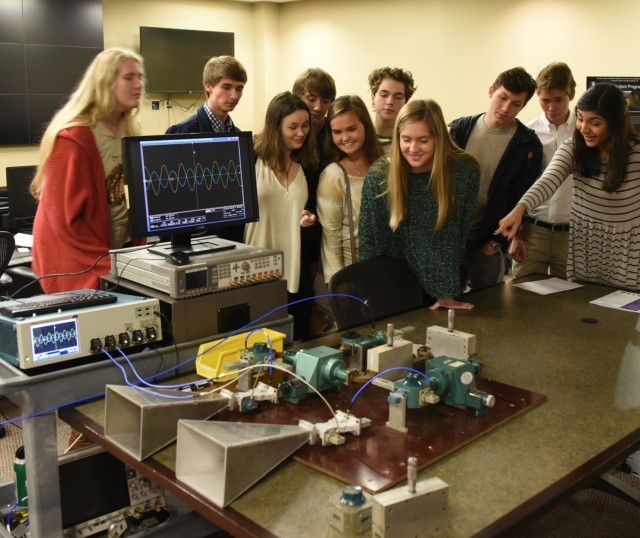 Engineering has a reputation as a degree program with a super high dropout rate.

It’s math heavy. It’s challenging in the very traditional sense. But it’s not the highest ranking in dropouts (or even close.)

It’s still high. But I found this result particularly surprising.

This data is something that you need to consider while you’re making college decisions.

If you see a 52% dropout rate in math then you should assume that… odds are… you’re going to be leaving that major before you graduate.

At the same time, you can plan to make your decisions based on your own skills, interests, and motivations.

I understand a lot of you reading this are looking at this list to decide which college major is the best one for you.

You might be thinking, “a super hard major will prove I’m smart and give me better options in life.”

Or, “I just need a degree to get a good job. I’ll be getting the easiest interesting one I can find.”

But really… the data shouldn’t be used in that way. In this article, I showed two methodologies that had two dramatically different results.

Is an education major super easy or super hard? Damned if I know.

But could education be the right major for you… maybe.

The Hard Truth About College Majors