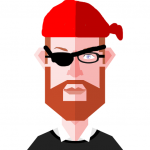 For $4.99 you can have top-off-the-class grades or it’s free. Want to know more?

I’ve been working on a ton of seriously serious study stuff in my articles recently and I was looking for an excuse to have a little more fun. That’s when I got caught up with Aaron talking about the kind of students we typically run into. As we discussed it I started to realize my natural tendency towards one particular category. I thought exploring this would be a fun little detour.

Most students we run into are what we like to call “professional fire putter outers” (mostly because it’s more amusing and less gender specific than firemen.)

Students that are skilled fire putter outers are virtually never ahead of the game. They don’t spend their classes actively staying ahead. They usually just show up and do the minimum consistently. But… when it comes down to it, they know how to get good grades.

If they see their grade slipping or know they have a big test coming up, they’ll put absolutely every resource they have into doing well. They virtually never fail because they’re all about doing everything necessary to keep their grade from crashing but they are constantly bumping into little “fires” that need solving.

Most fire putter outers don’t like school all that much. Who can blame them though? They spend the whole time bored or putting out fires. Sure… putting out fires can usually pass your classes but it’s an unpredictable strategy. It comes with a ton of stress on top of that.

A smaller group of students are what we like to call “selectively gifted.”

A selectively gifted student scores high in a few of their classes while getting mediocre grades in virtually every other. They may have a good GPA but that’s usually because they have a few particular grades propping it up. In their other classes their just skilled fire putter outers.

This is a rather typical school strategy and it has it’s advantages. Selectively gifted students usually enjoy the classes they do well in more than the average fire putter outer does. That means they suffer a little less. They maintain their GPA mostly through investing time in subjects they care about. That means they enjoy school more than some students. They still suffer from classes they don’t like but having a few classes that they care about can help keep them motivated.

This is the kind of student that has a very good shot of getting a good career when they get out of school. Selectively skilled people tend to get paid more than “jacks of all trades” (outside of more entrepreneurial gigs.) They do, however, have trouble getting into top notch colleges because it’s often their lowest grades that define them.

Some students would love to be skilled fire putter outers or selectively gifted. This tends to be an smaller minority of students but they can be some of the most discussed.

Any class is difficult if you’re not prepared for it.

Students that are behind have some of the biggest challenges to overcome. They need to learn MORE than the average student in LESS time. They need to milk every study strategy and memory trick they know to catch back up. Often, they should be getting full out tutoring for this problem.

There is nothing wrong with being behind. It happens to everyone at times. When you realize it, you need to be willing to step up and push yourself a little harder than usual to keep up. (You also have to know when you’ve gained enough ground to relax a little because you can’t just push yourself forever.)

Where’s the heading for this section? It’s missing…

I guess it’s probably just skipping class like the kind of students it’s supposed to be describing.

Some students don’t show up for class or do the work required for class.

It should go without saying that these students get low grades.

By all means, people should make their own decisions about what’s important in their life. There is nothing wrong with directly deciding that school doesn’t really matter to you. If that’s the case, I may disagree but it’s up to you to make your own decision.

The sad reality is that most of these students don’t even make that decision. They instead just develop terrible habits while wishing they did better in school. Without even thinking about it they fail their classes.

The only way to solve this is to consciously crush those bad habits and replace them with productive ones.

These are the kind of students that you can’t really bet on.

This usually comes down to a student that knows how to do well in school but can’t maintain it (or just doesn’t maintain it) consistently. The specific reasons they fail to maintain it depend heavily on the student.

Some cyclically smart students want to be A student’s consistently but they get so stressed that they end up slacking off for days or weeks at a time. They’ll be doing well for a while but eventually they’ll lose their motivation because it’s just too much work or stress for them. This is a problem that can usually be fixed by introducing more efficient study strategies into the mix.

Cyclically smart students can sometimes have really good grades but it’s often at the cost of efficiency. They tend to spend dramatically more time than the fire putter outer to get slightly better grades.

Sometimes A+ students are just gifted in some other category of student described in this article. They may get straight A’s but they do it through putting out fires or genuinely being “gifted.” That’s not the kind of student being described in this section. An A+ or bust student is a student that gets a grade (not necessarily high) only because they’re willing to invest absolutely every bit of energy they have. 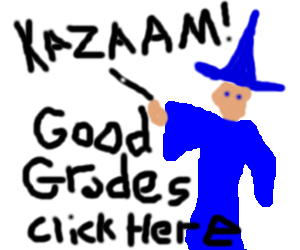 Some students can maintain this strategy for a very long time. That’s what usually distinguishes them from the cyclically gifted student. They’re extremely motivated to get good grades. Every night they study doesn’t get them less interested in studying, it gets them more interested in it.

These students typically score high for obvious reasons. With that, they’re usually the ones competing for top notch college spots. That doesn’t mean they’re well off though.

Often, these students end up investing too much of themselves into an aspect of their life that won’t pay off as well as they’re hoping. Getting perfect grades in all your classes proves motivation but it doesn’t prepare you as well as focusing deeply into a few specific subjects that you care about. Most high paying jobs are highly specialized. It’s tough to compete against specialized knowledge when you have a broad knowledge.

Humans have their limits. Every minute invested in well-roundedness isn’t invested in specialization.

These students often burn out after school. After graduating college they get a good job and lose that spark that pushed them forward. (Not all of them.) Getting too invested in your grades is risky because, at a certain point, you need that investment to move into something else without you getting a little disappointed. (Is this really all I get for all that hard work?)

This is the kind of student that most people should aspire to be. It’s probably one of the hardest categories to get strongly into. A zenned out guru is a student that can keep good to great grades without ever stressing out about it. They’re able to maintain a relatively consistent grade with a consistent and small effort. They have good grades but they also have plenty of stuff going on beyond school.

Becoming this kind of a student is all about setting the right priorities. The important things need to get taken care of while the unimportant things can be left to take care of themselves. It’s about avoiding work for work’s sake and focusing on only the stuff that really makes a difference.

I’ve met students that score middle A’s on virtually every assignment they complete while investing almost no time. (Many of them thanks to this blog.) On top of that, they spend most of their time doing things they really enjoy without ever getting stressed about school or the work they need to do.

Zenned out gurus may not always get into the top 10 colleges in the country but they can usually get into a top college (if they’re not too picky and apply a lot.) They typically have such a level head about school that it isn’t all that hard for them to compete at that level.

This is the kind of student this blog hopes to help you become.

Do you want to know how to study in less than 15 minutes a night while scoring higher than 90% of the students in your class? That’s what this blog is all about. Be sure to read the archives and the ebooks to learn more. Follow along to make sure you don’t miss anything new!

What Kind Of A Student Are You?

6 thoughts on “What Kind Of A Student Are You?”