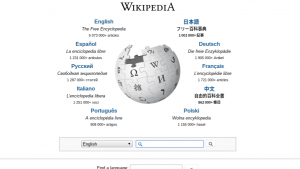 Wikipedia may be jeered by the academic community for its lack of rigor but I’d like to present the alternative argument. The reality is, I doubt this is an argument that you have to hear because the vast majority of students flock to Wikipedia despite its poor reputation.

People flock to it despite the reputation, fundamentally, because it works. It’s one of the easiest sources to start your research on any particular subject. While it definitely has its flaws, when you use it right, its advantages vastly outweigh those flaws.

While most of this article will be discussing the positives of Wikipedia when trying to learn information, it has a secondary more subtle goal. No matter how accurate a textbook is, it’s virtually never as effective an initial (not primary, I mean first place to start looking) source as Wikipedia is. Most of the reasons that’s the case has nothing to do with Wikipedia being on a better medium. Most of the reasons are related to the way information is presented. Textbooks may typically suck but they can be vastly improved taking a few lessons from Wikipedia. 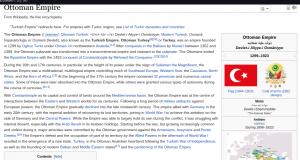 Wikipedia starts each one of its articles with a summary of the important information related to the subject. That summary is essential to getting interested in the subject. While there are countless details that could be presented in any subject, the average student of a subject doesn’t need those details at first.

The first goal when trying to learn something is not to get down into the nitty gritty details of learning it. Sure… you can try to do that but if you’re like most students you’ll end up spinning your wheels to try and focus on the material. A much better first step is to try and get interested in a subject.

The second lesson follows from the first lesson. Once you find an aspect of the material that you’re interested in, your next goal should be to explore that aspect of the study material. For example, if you’re stuck studying the Civil War you might get a little bummed. Then you might hear about “ironclads” and realize that awesometasticness of them. At that point, it’s time to start digging into learning about ironclads.

In Wikipedia, right after the summary it gives you a list of important subsets of the subject. Not only that but directly in the text it offers links to semi-related information that’s mentioned in the article. Going to ironclads could only be a click away. Instantly the student gets their curiosity indulged.

(Imagine having a teacher that teaches to what you care about instead of what they care about.)

Take note that ironclads are not the Civil War. They are related but they’re probably not going to be a major factor to have to study when it comes to test time. Despite that, it’s still worth digging into them if they get you curious. Curiosity is a driving force that makes learning dramatically easier.

Even without trying, a look into something you’re curious about expands your curiosity. After you research ironclads you might come to realize the importance of the “anaconda” style strategy the union used with its ships.

Wikipedia has an accuracy rate that’s competitive with a mediocre textbook on major major subjects. It’s not the ideal source to count on for near perfect information. It’s also not ideal if you’re looking for an unbiased overview on a subject. (It has a tendency to treat information democratically. Less popular opinions tend to get drowned out.) With all that in mind, anyone that’s spent a few minutes thinking about the sites methodology realizes that.

Textbooks, despite what you’ve been told, are not perfectly accurate either. When was the last time you heard a teacher doubting the accuracy of the textbook for class? I imagine it’s somewhere between never and never. The real advantage of wikipedia is that it’s obvious what you’re getting. It doesn’t provide an illusion of perfection because its flaws are advertised and obvious. Your textbook on the other hand…

If you were to give a wrong answer on a test because your textbook was wrong, you could go up to the teacher and say, “HEY THIS TEXTBOOK SAID!” and you’d likely get your points back. Imagine the alternative of telling your teacher “WIKIPEDIA TOLD ME!” The odds you’ll get your points back there are non-existent. (For good reasons and bad reasons.)

A typical textbook can take one of the most exciting stories ever and turn them into some of the least readable stories ever. It takes a special kind of castration (for lack of better word) to ruin many subjects.

Textbooks are written to be near perfectly accurate. That near perfection comes with the flaw of eliminating the personality of the story. If something doesn’t have the appropriate number of sources or adds a contested (aka interesting) aspects to the story then it has to be removed for the sake of pleasing the near perfection requirement.

What makes most subjects interesting is not the exact factuality of them. It’s the stories that put those facts together. It’s the clashing opinions and ideas. It’s the things that textbook authors have little choice but to completely avoid.

Wikipedia, while restricted to some extent, allows some of this conversation to take place.

A lack of perfection may be a cost of learning from a more imperfect source but the reality is, most of this is made up for by the fact that they story can actually become interesting. The average student spends hours looking at textbooks that they can barely focus on.

If they spent a tenth of that time learning on an imperfect source they found interesting, odds are, they’d learn a similar amount. Memories come a whole lot more easily when you’re already interested in the subject. Some of that information may be wrong but with the dramatically increased efficiency it’s crazy to think a few percentage points of increased accuracy is worth the time cost.

(And as mentioned before, learning from a source you already know and can internalize as imperfect, allows you to overturn the incorrect things you learn easier.)

When you’re looking to learn a new subject, there are good reasons you should check out a source like Wikipedia. It may not be the perfect but it’s bounds better than your average textbook. At the very least it can point you to what the mainstream of opinion considers a valuable source on the subject.

There are plenty of things to dislike but Wikipedia is a great source to start learning anything.

Do you want to know how to study faster than ever? That’s what this blog is all about. Be sure to check out the archives, follow along, and read the books in the sidebar for more details. Adios!


What Wikipedia Can Teach You About Learning – 3 Lessons